Possibly the most polished and best-financed entry in the recent influx of Greek festival product, "Black Field" is a woozy, enigmatic period piece that should raise eyebrows as well as the profile of its first-time auteur, Vardis Marinakis, who exhibits a sense of pacing and tonal control that serves him well even when his discretion lets him down. Dealing as it does with graphic sexual confusion, religious self-loathing and ethnic identity issues, pic might ruffle some feathers in a wide Hellenic/Balkan release, though festival play ought to be forthcoming.

Framed in deceptively epic terms while actually focusing on a slender file of characters and locations, Marinakis' film (prominently stamped with d.p. Marcus Waterloo's dreamlike visual touch) seems to take place during the sort of vaguely defined distant past of fairy tales and legends. Yet it takes pains to note the exact year: 1654, roughly the midpoint of the Ottoman Empire's long rule over the Greek peninsula.

A brief explanatory text discusses the role of Janissaries (quasi-slave soldiers, collected as children from non-Turkish-occupied territories) in the period, then immediately introduces us to one (Christos Passalis, "Dogtooth") as he collapses, wounded, in front of a remote Greek cloister. As a man, and a Turkish soldier, the Janissary is regarded essentially as a wild animal by the nuns, who have him shackled as they nurse him back to health.

The nuns are both curious and repelled by the interloper, none more so than Anthi (Sofia Georgovassili), a taciturn young nun soon revealed (in the most direct possible way) to actually be a man.

First-time thesp Georgovassili gives a remarkably restrained lead performance here, believably suggesting how a boy brought up entirely in the company of nuns might behave. While there's something odd about her quiveringly high-pitched voice and wispy yet curiously weighted carriage, her femininity never feels feigned or contrived so much as imperfectly adopted. Most interestingly, it's unclear that Anthi actually recognizes the exact nature of her difference, and her increasingly frequent visits to the captive Janissary are imbued with both sexual tension and a sense of self-discovery.

The Janissary begins to notice her as well, entreating her to release him as other convent controversies begin to slowly simmer. The film takes its time through this stretch, lingering on long chasms of silence and venturing from the elliptical to the shockingly direct with an insouciance that mostly keeps things from turning overly dour. A few nicely composed shots cast the nuns' comings and goings from a curious anthropological distance, and one gradually begins to feel acclimated to the pace of life in the cloister.

Eventually, Anthi and the Janissary escape into the surrounding mist-shrouded wilderness, and the film takes a somewhat unsuccessful turn for the romantically surreal. This third act is noticeably missing the intrigue and tension of the earlier acts, and though it is controlled in its execution and logical in its buildup, it nonetheless can't help but feel a bit unhinged and unsatisfying compared to the quiet storm that preceded it.

Film is undeniably handsome and delicately crafted, and only occasionally encased in period-picture gloss. And while far from perfect, the film bears almost none of the telltale uncertainties of a learning-on-the-job debutant helmer; Marinakis is sure and confident with the camera. 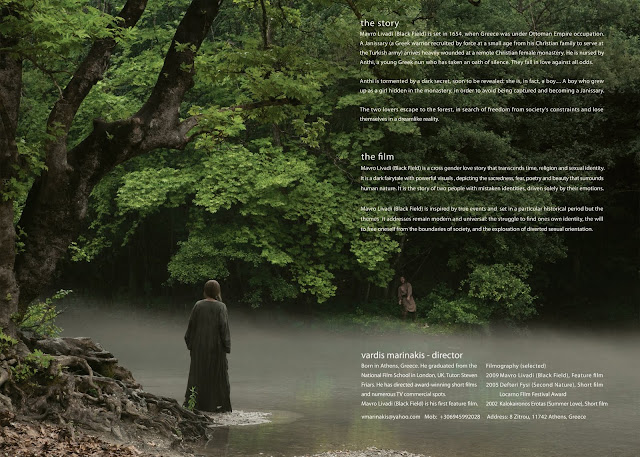 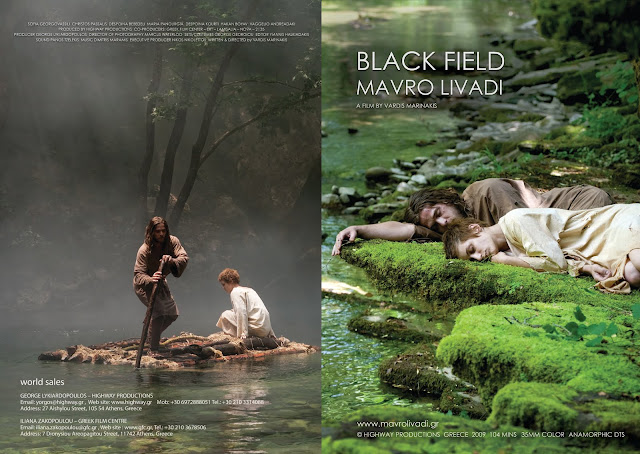 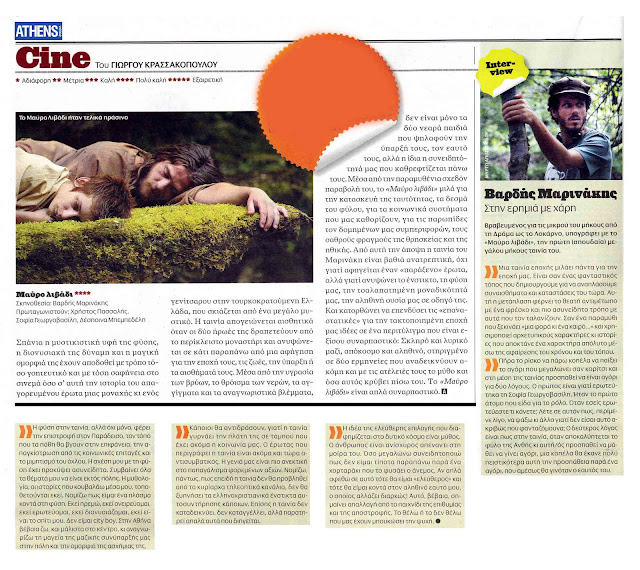 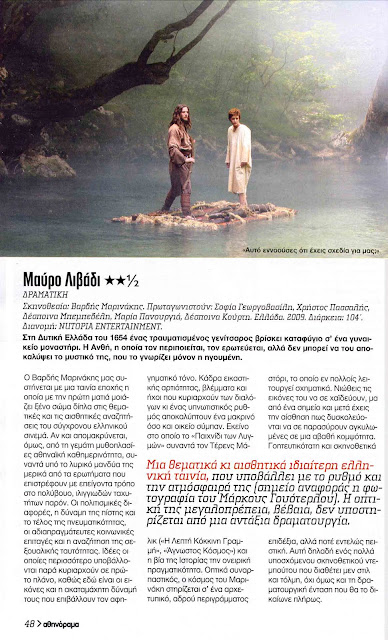 Posted by Vardis Marinakis at 1:48 PM No comments:

Feature film due to be released in February 2010. Written and directed by Vardis Marinakis (vmarinakis@yahoo.com)

Few words about the story


Mavro Livadi (Black Field) is set in 1654, when Greece was under Ottoman Empire occupation. A Janissary (a warrior of Greek origin recruited by force at a small age from his Christian family to serve at the Turkish army) arrives heavily wounded at a remote Christian female monastery. He is nursed by Anthi, a young Greek nun who has taken an oath of silence. They fall in love against all odds. But Anthi is tormented by a dark secret, soon to be revealed: she is, in fact, a boy who grew up as a girl hidden in the monastery, in order to avoid being captured and becoming a Janissary.

The two lovers escape to the nearby forest, in search of freedom from society’s constraints and lose themselves in a dreamlike reality until...

Few words about the film


Mavro Livadi (Black Field) is a cross gender love story inspired by true events that transcends time, religion and sexual identity. It is a dark fairytale for adults following in the tradition of films that narrate archetypal stories using strong visuals and mixing the sacredness, fear, poetry and beauty that surrounds human nature.

Mavro Livadi (Black Field) is a film about the struggle to find your own identity, the will to free yourself from the boundaries of society, and the exploration of diverted sexual orientation. 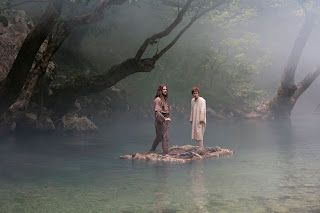